Lunch with an Author


This event was posted in Featured, Members and Invited Guests by Laura Davis.

Lunch with An Author

A Literary Event for
Members and Invited Guests

will join us to talk about her books 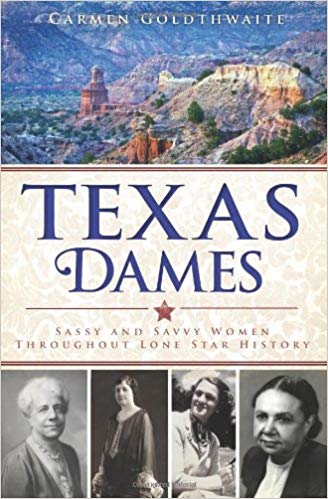 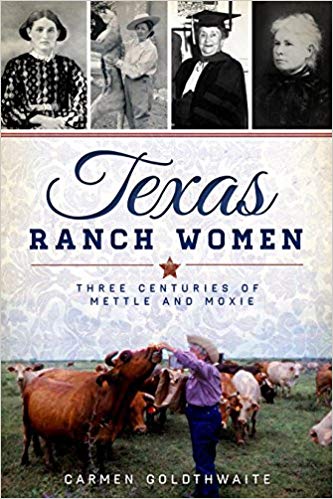 Ever wanted to sit down with the author of the latest book you read? Now you have the chance. Please join us for Lunch with An Author sponsored by the Literary Department.

We will enjoy a light lunch while Carmen Goldthwaite discusses the story concept, publishing a book and any other questions pertaining to her books, Texas Dames and Texas Ranch Women

The books can be purchased on Amazon or other book sellers and she will also have copies for purchase at the lunch.

These are the Texas Dames, women who sallied forth to run sprawling ranches, build towns, helm major banks and shape Lone Star history. These “Dames” broke gender and racial barriers in every facet of life. Some led the way as heroines, while others slid headlong into notoriety, but nearly all exhibited similar strands of courage and determination to wrest a country, a state and a region from the wilds. From Angelina of the Hasinai, interpreter for the Spanish, and sharpshooter Sally Scull to Dr. Claudia Potter, America’s first female anesthesiologist, and Birdie Harwood, first female mayor in the United States, historian Carmen Goldthwaite has been profiling Texas women and their accomplishments in her popular “Texas Dames” column. Here are their stories, from early Tejas to the twentieth century.

Texas would not be Texas without the formidable women of its past. Beneath the sunbonnets, Stetsons or high-fashion couture, the women of the Lone Star State carved out ranches, breathed new life into spreads and expanded acreage when husbands, sons and fathers fell. Throughout the centuries, the women of Texas’s ranches defended home and hearth with cannon and shot. They rescued hostages. They nurtured livestock through hard winters and long droughts and drove them up the cattle trails. They built communities and saw to it that faith and education prevailed for their children and for those of others. Join author Carmen Goldthwaite in an inspiring survey of fierce Lone Star ladies. 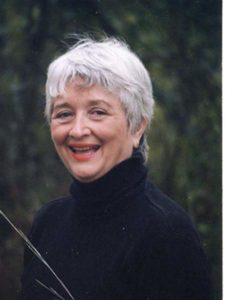 In October 2012, Texas Dames: Sassy and Savvy Women Throughout Lone Star History, rolled off The History Press. The book tells the stories of some 53 women. Without these “dames” and their accomplishments–both sassy and savvy and piled high with courage–Texas would be a very different place. The stories range from the “savvy” Caddo woman who learned both Spanish and French to interpret between her people and these Europeans to “sassy” Babe Didriksen Zaharias, 1928 Olympic star who went on to conquer the links, blazing a path for women professional golfers. A pretty “sassy” dame, she’d bounce into locker rooms with, “The Babe is here, who’s coming in second.”

In March 2012, Chicken Soup of the Soul: The Magic of Mothers and Daughters, published the Fort Worth native’s story about the last six months with her mother, entitled “Burgers and Butterflies.”

A 7th generation Texan, today Carmen Goldthwaite writes and tells the stories about the Texas she loves for western lore magazines. Fascinated by the distaff roles in Texas, she’s written Texas women’s stories for anthologies, such as The Way West, a 2005 Tor-Forge book and Wild Women of the Old West, a 2003 anthology from Fulcrum Publishing.

Combining her love of writing with passing on the skills she’s developed over “a few” decades, she’s teaching–for SMU’s creative writing program, and in classes at her home. She’s also been designated “Writer-in-Residence” at her alma mater, TCU’s Schieffer School of Journalism, its Texas Center for Community Journalism.

Known for patronizing back roads and local in spots, Carmen Goldthwaite has combined history with modern travelogues for the likes of Fort Worth, Tex. magazine and American Cowboy and relishes her yen for sailing on Texas waters for occasional stories for articles and essays for Latitudes & Attitudes.

Earlier, her investigative reporting led to statewide awards and to syndication with Scripps-Howard News Service. She is a member of the Society of Professional Journalists and Western Writers of America, Investigative Reporters & Editors, Texas Press Association and Texas State Historical Association.

Carmen teaches and speaks to conferences and organizations about writing and publishing in addition to opportunities to “talk Texan about Texans.”